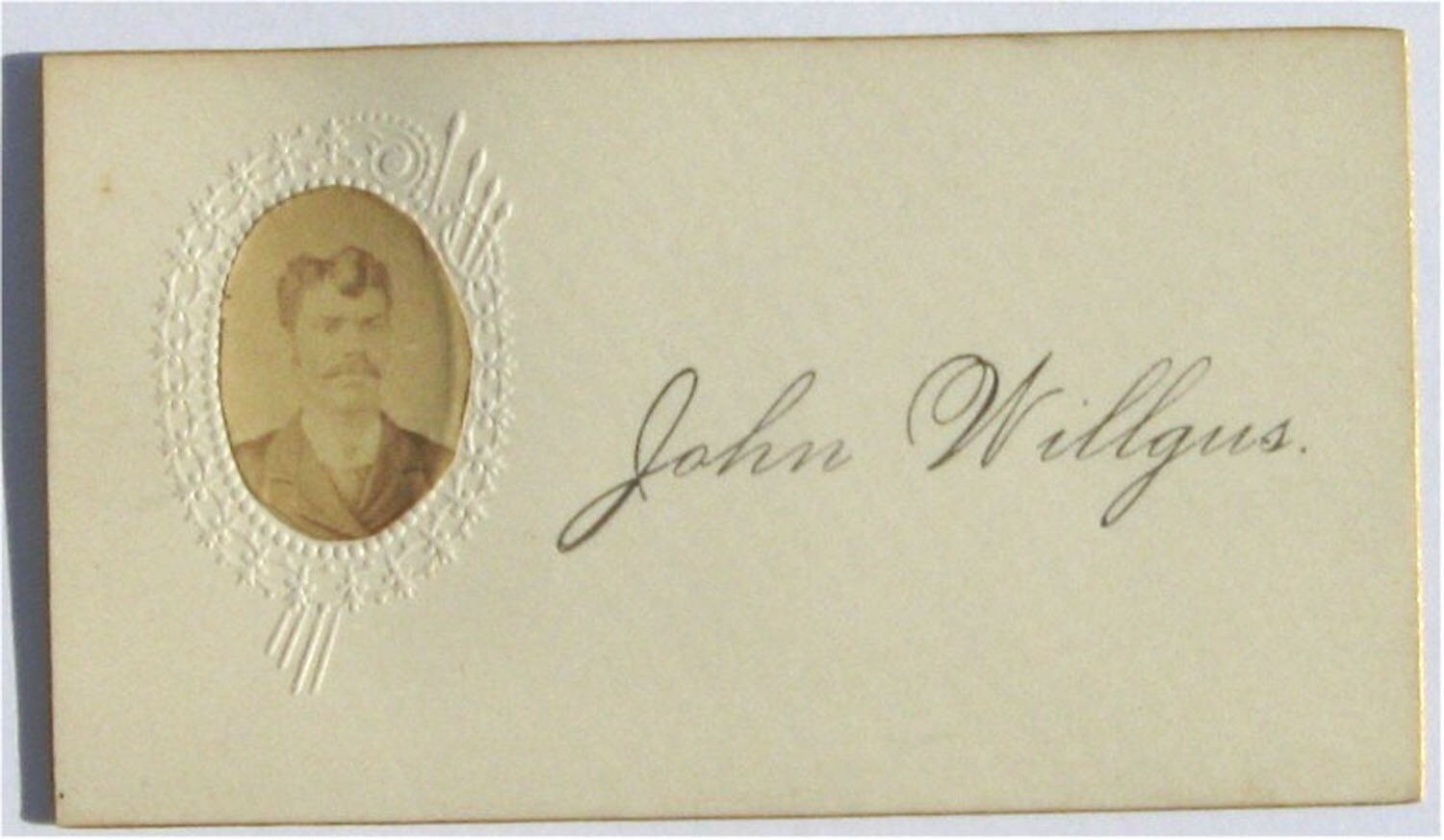 Early calling cards were created one at a time by a skilled penman. Each card displayed the bearer's name written in calligraphy with a bit of flourishing. Doves, wheat, and flowers were commonly added as ornamentation on these early cards. On each of these cards, the pen was held perfectly still while the card itself was rotated. This cherished and highly skilled craft of calligraphy and embellishment of that era is unsurpassed today. 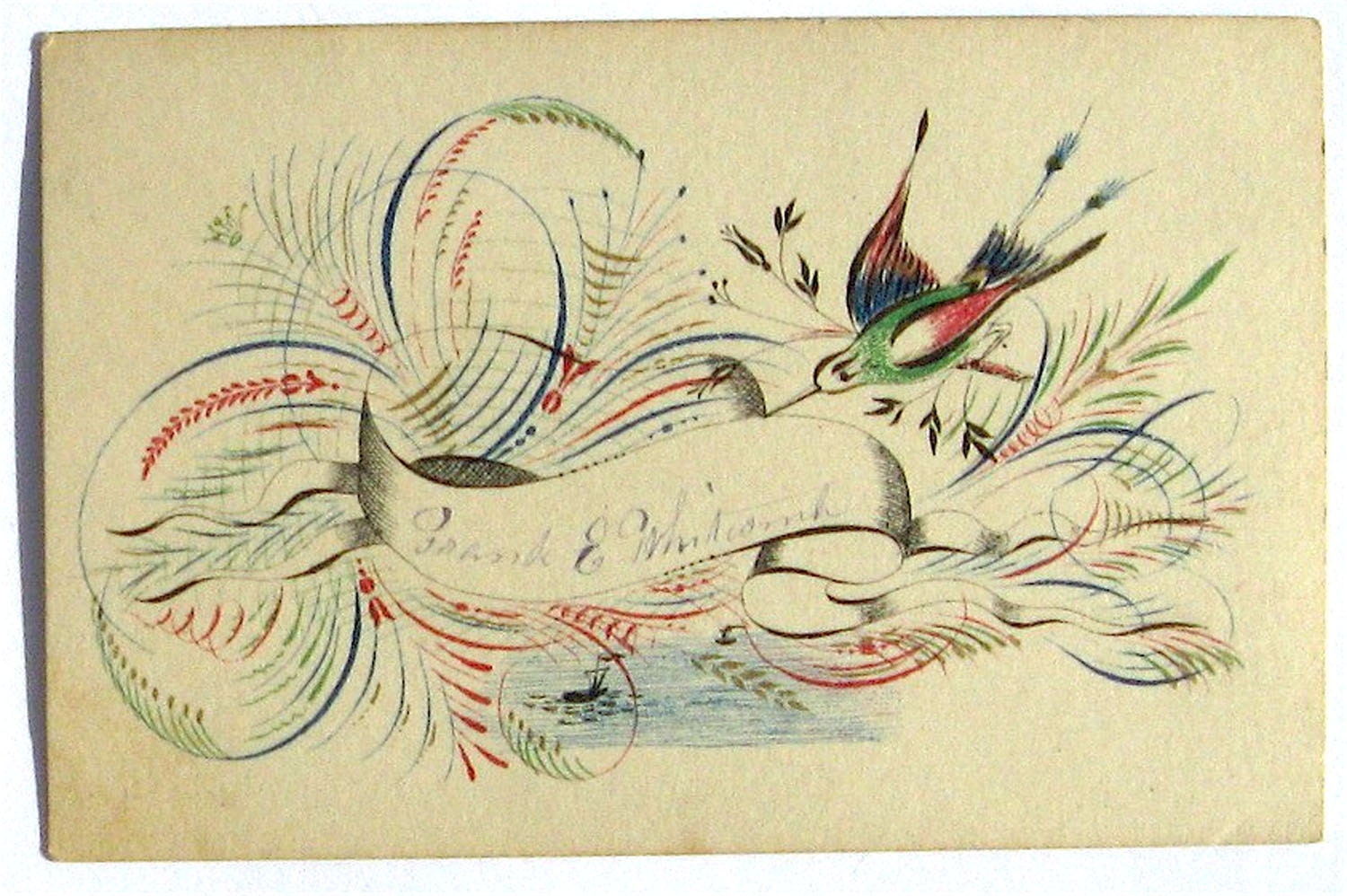 Calling cards were left at each persons home the individual went to visit, whether they were home or not. The person visiting would typically either leave their card in a "card receiver" which was set on an entry table in the foyer or on a parlor table or leave the card with a servant so that the homeowner would know they stopped by. A married woman would leave her and her husband's card at each visit. According to Warne's Etiquette for Gentlemen (1866), individual cards were to be left for the lady and for the master of the house. If there were sisters or daughters at the house being visited, individual cards were also to be left for them but no more than three should be sufficient to meet any case.

With the invention of the camera and the growth in availability of photography, the photo calling card began to grow in popularity in the latter half of the 19th century. 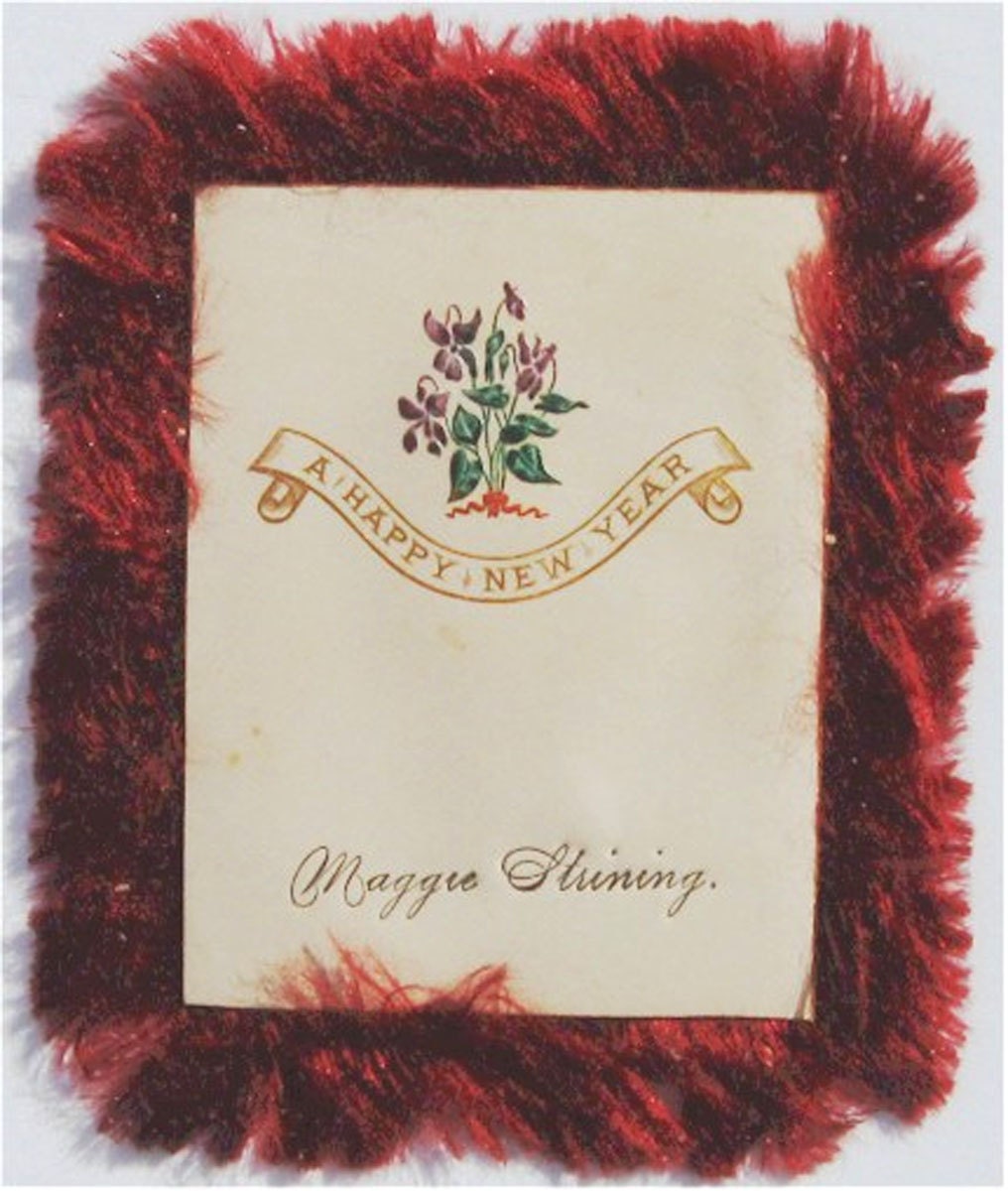 Example of a holiday calling card.

In the Victorian day, the design, style, and even color border of a card actually carried a message to the receiver. The meaning of the folds were as follows:

Previous Post Victorian Mourning Customs and Etiquette
Next Post You found what? With what?
0 items in your cart